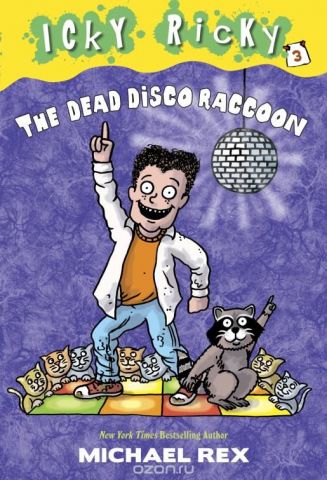 The creator of Goodnight Goon and The Runaway Mummy pulls from his mad-scientist brain a kid so attracted to slime, muck, dirt, and yuck that he could only be called Icky Ricky. Uh-oh! Icky Ricky is in a mess and has a lot of explaining to do. Why? Well, you see . . . -A water demon took over the sink in the boys' bathroom! -Icky Ricky and his friends cleaned up the house--with a leaf blower. -His sweaty armpit is a perfect robber-proof bank. -The dead raccoon he bought at a garage sale is speeding downhill in a runaway go-cart. Can Icky Ricky stop it?Icky Ricky is up to his eyeballs in trouble--and in ick!