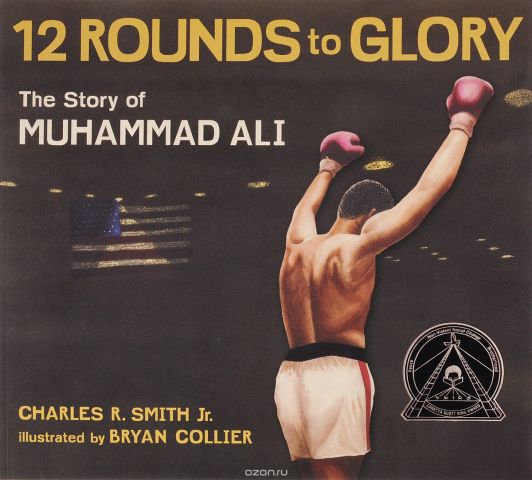 12 Rounds to Glory: The Story of Muhammad Ali

From the moment a fired-up teenager won 1960 Olympic gold to the day when a retired legend, hands shaking from Parkinson’s, returned to raise the Olympic torch, the boxer known as "The Greatest" waged many a fight. Some were in the ring, against opponents like Sonny Liston and Joe Frazier; others were against societal prejudice and a war he refused to support because of his Islamic faith. The rap-inspired verse weaves and bobs and jabs, while bold collage artwork matches every move – capturing the "Louisville loudmouth with the great gift of rhyme" who shed the name Cassius Clay to take on the world as Muhammad Ali.