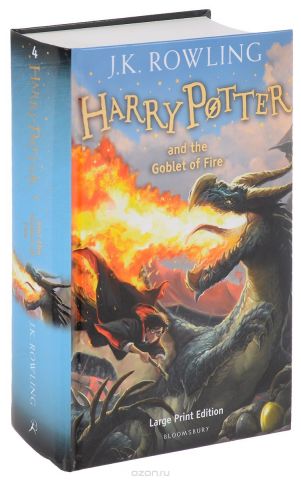 Harry Potter and the Goblet of Fire

Harry Potter is back! A teenager pitching headfirst into the world of near adulthood, Harry returns to Hogwarts for his fourth year. Will he be allowed to play in the Quidditch World Cup? Has Lord Voldemort and his sinister cohorts, the Death Eaters, returned for murder? What will happen at the Triwizard Tournament? Will Hogwarts beat the Beauxbatons and the Durmstran? Will Harry be one of the contenders? And what about girls? All of the familiar characters are back along with several new ones in a tale that will make this book another favorite among Muggles of all ages. There are also enough loose strands at the end to keep us all in eager anticipation of book five.